There are several programming projects I'm playing with. This makes for a hodge-podge of links and I don't always take the time to make cleanly installable packages. Not good of me, I know.

If you have questions, feel free to email me.

Yet Another Virtual World Viewer

I've spent some time playing with the idea of a single infrastructure for augmented reality and virtual worlds. There is an architectural overview for Herbal3D .

My current attempt at a 3D virtual world viewer is Basil which is an architecture around creating a viewer where a Vircadia avatar can stand next to an OpenSimulator avatar.

I tried with the Looking Glass viewer (see http://lookingglassviewer.org ) but I never gave up on the idea of a viewer for virtual worlds. The documentation for Basil is scattered around with some on my blog, some with the projects on Github, and some covering the larger Herbal3D project of which Basil is just a part.

At the moment (February 2022), the focus is on a WebGL based viewer and building the infrastructure to view OpenSimulator virtual worlds. Eventually, there will be an Unreal Engine version of the viewer and adaptors for other virtual worlds.

I've been a core developer for OpenSimulator and have added BulletSim which is a port of the Bullet physics engine to the OpenSimulator virtual world simulator.

Toning Up Our Robot Overlords

Starting some projects with a pile of Raspberry Pi's and ROS . Attempting to 3D print skeleton parts to create articulated creatures. Have to figure out stepping motors first. More to come on that. 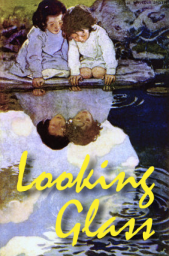 Getting involved in C# and the OpenSimulator project, I set about writing a viewer. This got me into Ogre, C# and many other pieces of code.

The LookingGlass viewer now has it's own web site at http://lookingglassviewer.org and the sources are available in the OpenSimulator Project Forge. That place also collects bugs, features and other project management.

Dynamic loading of resources in Ogre is an artform. After wrestling with it for several weeks, I wrote up my solution in Dynamic Loading of Ogre Resources.

PlanetLab is a global research platform for distributed service research. Once part of the network (universities and companies join by donating computers to the network), once can create virtual machines all over the world to develop and test new concepts in wildly distributed applications.

I wrote two and run one service on PlanetLab: